How to apply AI to software testing

It is widely accepted that AI is the future of testing. However, because a fault lies in the eye of the beholder, it is pretty unclear how to apply AI to testing—called the Oracle problem.

There are literally thousands of UI test automation tools. But due to high efforts for creation and maintenance, together with the brittleness and unreliability of the resulting tests, testing often remains a manual task (confirming the testing pyramid). Meanwhile, software testing accounts for 30%-40% of the budget of a typical software project.

In this talk, you will see some current approaches of how AI is applied to software testing and bug fixing, and how some of these approaches will evolve in the future. It turns out that developers should be more concerned than testers. You will also see how AI can be trained to generate tests that are optimised towards several goals and are even better than manually created ones. Visit the future of testing and see how AI can help us create better software! 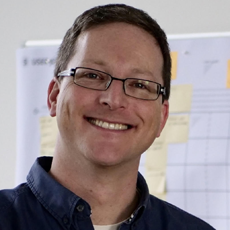 Dr. Jeremias Rößler (Roessler) has a PhD in Computer Science from Saarland University and more than 10 years of experience as a software developer and tester — and he is the founder and CEO of @retest_en (https://retest.org), a German-based startup that brings AI to test automation. His refreshingly unusual approach to test automation (difference testing) has many advantages over conventional test automation and he shows how to combine it with AI to overcome the oracle problem.

He has been speaker at many international conferences, both in academia and industry, and attendees call his talks visionary and amusing. His talks are rated 4.28 out of five and ranked second best of the conference. He is a writer, blogger (https://dev.to/roesslerj/), developer & computer scientist.