The report is devoted to the construction of a mathematical model that generalizes the problem of restoring process trees by system calls sequences. The analysis of dependencies between attributes in intermediate representations corresponding to system resources allocated to processes is carried out; the amendments to existing decisions that eliminate their shortcomings are highlighted in terms of algorithm corrections. The talk may be useful for researchers working at the intersection of computer science and system programming, as well as for specialists in virtualization technologies, users and software developers for Unix-like operating systems. 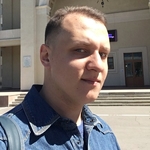 Since 2017 works on a list of ML Projects in MIPT.
2016-2017 Worked on a grant from the Infotecs-Academy, winner of the research support program.
2015-2016 Worked as a Junior Software Developer in Virtuozzo(former Parallels).
2014-2015 Worked as a Junior Software Developer in Parallels.
2010-2016 Studying at the Moscow Institute of Physics and Technology. Graduated from the Faculty of Management and Applied Mathematics in 2016. Postgraduate student of the Department of Informatics.
2007-2010 Studied at the Taurida NU at the Faculty of Applied Mathematics.